Igbology Research Network Inc., is a network of professionals of Igbo extraction, in different parts of the world, networking with other experts living back home in Igbo land. They are a group of intelligentsias who have carried out various researches in different fields of Igbo culture, arts, literature, history and language. It is an Igbo Think Tank led by Fada Jon Ofoegbu Ukaegbu, Ph.D as the Director. 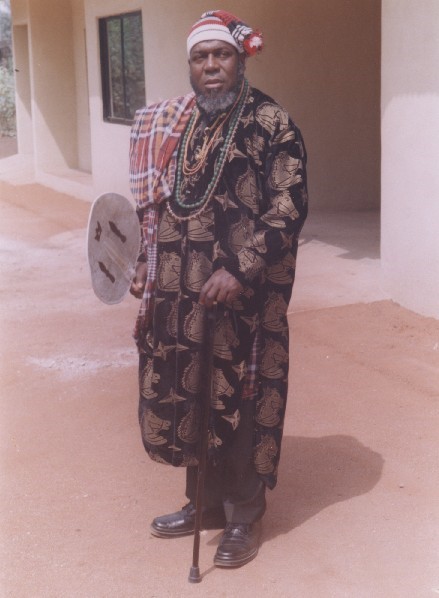 B orn into the precolonial ruling family of Chukwu Njoku in Umueze Enyiogwugwu, Fada Jọn Ụkaegbu Ph.D., has the privilege of receiving both informal and formal education. He spent his childhood days in the company of many precolonial elderly Africans who are today in the list of African Ancestors. His precolonial African experiences justify the saying that what is learnt young is learnt forever.

As a Biafran war veteran, he survived the bloodiest and first genocidal war in modern Africa. He earned his Theological and Philosophical degrees from the Pontifical Urban University Rome and the Pontifical University of Salamanca, Spain respectively. In 1991 he came back to lecture in his Alma Mater, Bigard Memorial Seminary, Enugwu. He served as the Dean of the Faculty of Philosophy from 1992 to 1995. He is currently a Professor in the Department of the Social and Behavioral Sciences at the Medgar Evers College of the City University of New York. He is equally doing some pastoral ministry.

By training, he is a Theologian, a Philosopher, Cultural Anthropologist and Social Scientist. His research effort to blend theology with philosophy and anthropology gives rise to the theory of Cultural Communion and Spiritual Communion.

Professor Ụkaegbu has become an exponent of Afro-vision which propagates African Originality and Identity. He is an eloquent Pan-Africanist in the Afronoid context and a faithful Pan-Humanist in the larger human family. In his promotion of Philosophical Realism, he has become a champion of the cause of Igbonization and has emerged as an avowed Igboist and a protagonist of Igboism. His focus on Igbo civilization and heritage portray him as a dedicated Igbologist and this has earned him the title of “Founder of Igbology”.

I gbology is about a holistic scientific research effort on the Igbo people of Africa. Igbology may be analogous to the stone which the builders rejected but it turns out to be the cornerstone. It is about the Igbo origins, identity, cultural heritage, and civilization. Earliest studies on the Igbos were done by scholars from the outsiders’ perspective. Most of the expatriate scholars came to conclusions which were influenced by their world views as Europeans and these studies contained a lot of innocent mistakes which have to be corrected with time. But recently some Igbo scholars have made some notable differences from the insiders’ perspective.

If one looks at the map of Africa, it looks like a gun and Igbo land stands on the trigger spot. The earliest Europeans called Igbo land “Tierra incognita”, that is, unknown land. Due to many factors that we shall reveal in the study, Igbo land was never conquered by any foreign power before the British conquest. It is the last part of Africa to be colonized when the British conquered and violated the virgin land of Ndi Igbo by early 1900s (1900 to 1914). The protagonist of this research endeavor is one who is born to a man who was there before the British conquest of Igbo land and who took part in the battles of resistance against the foreign invaders. There is first-hand information from a lot of pre-colonial people who lived during the time of the British colonization and some who were there and witnessed the end of the colonial era in 1960. Born during the colonial period, he has been there during the era of neo-colonialism.

Igbo land does not stand in isolation because it has very strong ties to its immediate neighbors and this study cannot be complete without reference to the Igbo neighbors. The major difference with the immediate neighbors is the language although there was mutual linguistic communication between them from pre-historic times. Ndi Igbo and their neighbors shared much of their cultural identities. When the British ships first landed in the territorial waters of Ndi Igbo, they came in through the Bight of Biafra and not the Bight of Igbo land. This means that the owners of the territorial waters of the Bight of Biafra were called Biafrans. In other words, the Bight of Biafra belongs not only to the Igbo people but to the entire people of Biafra and we shall address this issue later. The people of Biafra had a common cultural and social identity as it is illustrated by the name of “Bight of Biafra”.

It may be expedient to throw some light on the question of Igbonization and Biafranization. There is a sensitive and unsubstantiated feeling that Igbos may dominate the other ethnic groups or nationalities in Biafra. It is on record that the epicenter of the Bantu-Speaking Migration of Africa is in the current eastern Nigeria, which is Biafra land. The epicenter of Biafra land is Igbo land. However, Ndi Ichie Akwa Mythology unequivocally identifies Biafra as the ancestral home of all Afronoids from where they migrated and populated the whole continent of Africa. The migration and spread to all parts of Africa took a natural process due to population pressure. Imperialism or colonization is not original or natural to African culture and came in through Africa’s contact with Arabs and Europeans in the north. DNA study confirms the homogeneity of the Afronoids. Before the coming of the British, the different nationalities in Biafra enjoyed a multicultural and mutual life and were bound together by Cultural Affinity. This phenomenon explains why there is an absence of imperialism or colonization or cultural hegemony in Biafra land. There is no sense of minority or majority in Biafra and Biafrans will not allow the importation of such oppressive terms to the holy land of Biafra. We are keepers of our brothers and sisters in Biafra. We shall have time in the project as it advances to make a clarification on the true meaning of Igbonization and Biafranization.

The British enjoyed a serial conquest of both Igbo land and Biafra land due to the absence of political cohesion. The British conquered the Emirates of the current northern Nigeria and the Chiefdoms of the current western Nigeria and they found an unusual resistance in the Biafran territories. In a similar pattern, the Muslims conquered and Islamized the whole of current day Nigeria with the exception of Igbo land and entire Biafra land. This project will help one understand the present political turmoil in Nigeria.

The Igbological study is loaded with a series of controversial pieces of information that have to be passed through some academic corridors and professional insights. We try to adopt a comprehensive approach which implies interdisciplinary research and global perspective. In effect, Igbology involves an effort to make scientific the studies, past, and present, on Igbo culture, heritage and civilization. Some of the highlights of Igbology may include such claims as:

The Bantu-speaking peoples of sub-Saharan Africa have Igbo land as their ancestral home from where their migration began.

Ndi Ichie Akwa mythology has it that Igbo land is the ancestral home of all Afronoids, that is, all the people of Africa.

Igbo is the most populated ethnic group in Africa and is one of the largest in the world.

Igbology is older than Egyptology.

The paradox of Igbo-Hebrew and Igbo-Jewish relationships: Who comes before the other? There are serious opposing arguments on this topic.

Genocide and Ethnocide in Biafra. The facts and figures will help us make an informed decision.

Igbos make up over 25% of African Americans.

Igbo resistance to Slavery and Colonization.

Major sources of information include:

Ndi Ichie Akwa Mythology and folklore origins of the Igbos.

This is a pre-colonial bronze head, an Igbo-Ukwu artifact, and currently in a museum in Anambra State. 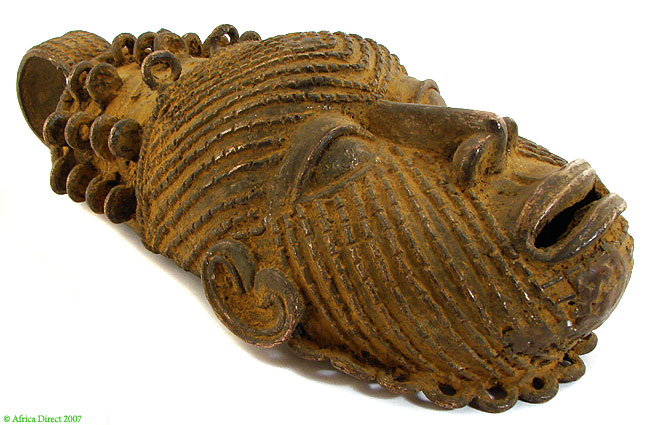